I've been toying with the idea for this page for some time, but while on holiday in Scotland I saw several items that have kick started me into action.

This page is for art and artifacts relating to guitars & lutes - anything that takes my fancy really.
The first is a travel instrument - a folding lute from Yemen. The left hand picture of the back of the instrument shows the peg that stops it from folding back up again, sticking out at the bottom of the neck. It dates from the early 20th century, and is in the National Museum of Scotland. 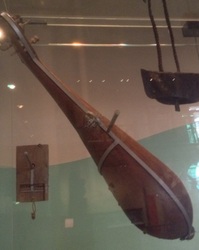 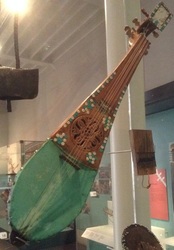 Here are two other instruments from the National Museum of Scotland. The one on the left is a charango from Bolivia, made from an armadillo's shell. 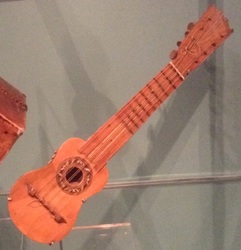 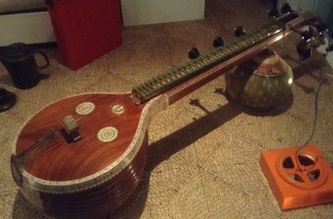 This is really strange. One of the gargoyles from Dunfermline Abbey is in the shape of a man holding a guitar. His head is back, & his mouth is open to take a water pipe. The clothing suggests he was made in the early 1500s, and it is thought that he was made for the palace created for Queen Anne of Denmark from the monastic guest house. 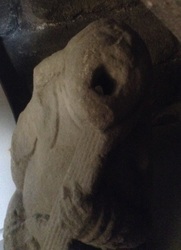 Here are some Mesopotamian lyres from the British Museum. There is no prize for spotting the reproduction! I don't fancy the chances of tuning the other two, but they date from around 2,500 BC, so that is excusable! 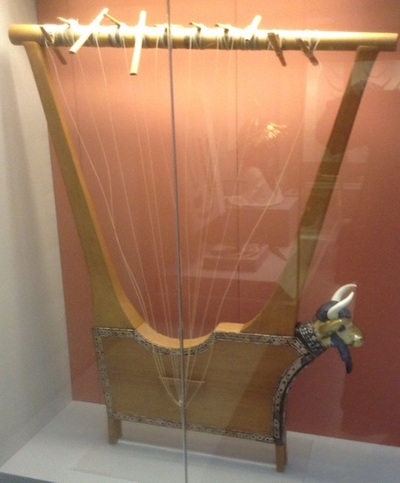 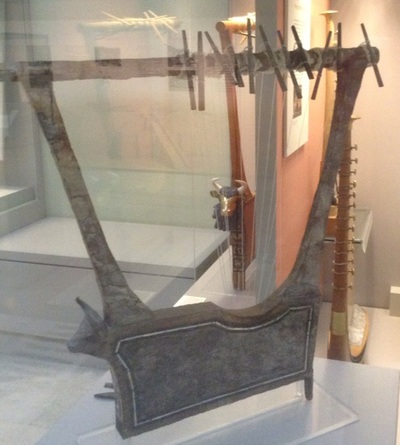 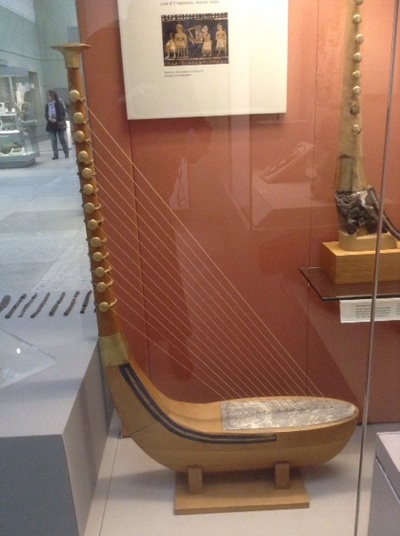