Christmas music arranged for the guitar

Most of the Christmas music available for the guitarist seems to be in the form of chord books. Buskers books are a brilliant invention, I can only cope with them when the tune is being sung or played on another instrument. 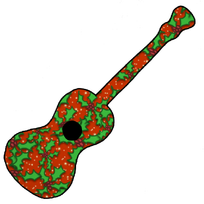 The link above this paragraph takes you to a great book. John Duarte is one of our most famous writers for the guitar, so you would expect this to be good. It doesn't disappoint.

It has easy arrangements for solo guitar of most of the usual standard carols. The keys are straightforward, and a lot of it is in first position.

Unlike some easy arrangements, there are proper harmonies all the way through, so it doesn't sound as though it is a beginner's arrangement. There are no bars where there is just the tune because the harmony is too hard. Just good solid arrangements.

If you want an easy, flowing version of Silent Night this is a good one. Considering this carol was originally written for guitar, it is surprisingly hard to find a decent arrangement. 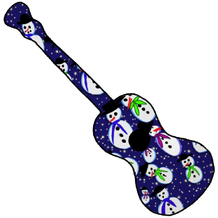 Once I'd found John Duarte's carols, I began to want something similar for more frivolous Christmas music. I searched on-line and in several different cities, but couldn't find anyone selling harmonies for "Frosty the Snowman" etc.

After playing with a chord book & getting a different result every time for a while, I decided to work it out once, properly, & then write it down. Here is the result.

There are a few Advent things thrown in as well. I'm guessing they are less well know, so I've put them in at the end.

If you want something Christmassy to listen to, try Richard Durrant's Christmas Guitars. Anyone old enough to remember Hammy the Hamster will recognise the inspiration for the middle section of the Polar bear piece. I hear an animated film will follow in due course.
Google
Accept Cookies?
Provided by OpenGlobal E-commerce